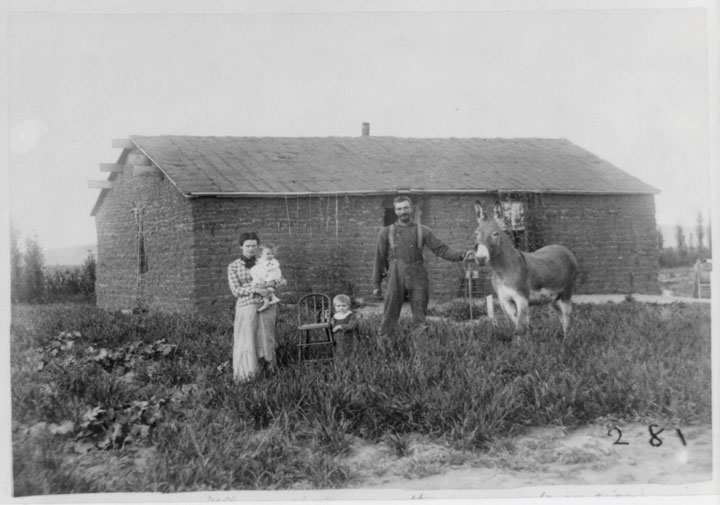 During the second half of the nineteenth century, America became a continental empire. Between 1850 and 1912, seventeen new western states joined the Union, completing the formation of the contiguous United States. Hundreds of thousands of settlers flocked to these new regions, shifting the center of the country's population dramatically toward the West. The federal government facilitated this western movement in several ways. Most critically, in 1862, Congress passed the Homestead Act and the Pacific Railways Act.  All  used public lands to achieve national goals: western migration and the construction of a transcontinental railroad

The addition of these western territories and their integration within a national economy added enormously to the wealth and power of the United States. In addition, the "Wild West" and the "winning of the West" provided important themes to American culture. In 1890, an American census report declared the West "closed." Yet in the years that followed, the West assumed an even more prominent place within American culture. The mythology surrounding the West's homesteading pioneers, political heroes, and frontier clashes grew more elaborate.

Did you know that despite all the government assistance, two-thirds of all homesteaders failed within the first five years?  Did you know that women received the right to vote first in America's western territories?

Did you know that within the democratic political uprisings of the West, small farmers and common laborers pleaded for more government support?

America's farmers experienced a dramatic shift in their fortunes over the second half of the nineteenth century. In the years after the Civil War, growing urban markets and increased exports to Europe inspired agricultural expansion into the Midwest. Between 1860 and 1900, farmers placed 430 million new acres under cultivation. To assist them in their work, new technologies and new fertilizers rapidly increased productivity. And America's expanding network of railroads enabled Midwestern farmers to transport their crops to eastern markets and ports.

But by 1880, farmers' once lucrative markets had weakened. Increased production in Europe and South America, and European tariffs that blocked American exports, left American farmers with increased competition and falling prices. In addition, farmers experienced the flip side of their new technology – increased productivity meant that market saturation could be achieved by fewer men. By 1900, one farmer could produce as much wheat as it had taken twenty to produce in 1860.

With all the hardships of living in the west - difficulty getting to water, not near your neighbors, railroads charged a lot for shipping - the farmers began to turn to each other for help by organizing groups like the Farmers' Alliance and the Grange.  Grangers (members of the Grange) worked together to educate each other, fight for their political goals (like federal loans, increasing the money supply and regulating railroads), and socialize.  Eventually they organized and formed a political party called the Populists.

Even though the Populists didn't get a candidate elected President, a lot of the demands they were making were heard by other parties and many changes were eventually made.

Corporation - A business with many share holders.  Corporations are formed to raise capital for expansion.  Share holders receive dividends when the company makes a profit, and can only lose what they put in.
Monopoly (Trust) - A monopoly is when a company or corporation controls an entire market.  This allows them to raise prices to any level.  Government regulation prevents all but a few monopolies such as utility companies.

​The Gilded Age, which spanned the final three decades of the nineteenth century, was one of the most dynamic, contentious, and volatile periods in American history. America's industrial economy exploded, generating unprecedented opportunities for individuals to build great fortunes but also leaving many farmers and workers struggling merely for survival. Overall national wealth increased more than fivefold, a staggering increase, but one that was accompanied by what many saw as an equally staggering disparity between the rich and the poor. Industrial giants likeAndrew Carnegie and John D. Rockefeller revolutionized business and ushered in the modern corporate economy, but also, ironically, sometimes destroyed free-market economic competition in the process. Record numbers of citizens voted in national elections, but the politicians they voted for were often lackluster figures who turned a blind eye to the public interest.

In 1882, for the first time in American history, Congress passed a law that systematically restricted free and open immigration into the United States. That first act specifically targeted Chinese immigrants for exclusion from the American Dream, but subsequent legislation added many other categories of foreigners to the ranks of the excluded. By the 1920s, American immigration policy evolved into a nakedly discriminatory ethnic quota system, allowing most Northwestern Europeans to enter freely while strictly limiting the immigration of Southern and Eastern Europeans and excluding Asians entirely. Despite the increasingly stringent controls imposed upon American immigration between 1882 and 1952, the period still witnessed the largest immigration surge (relative to the overall population at the time) in American history. And contrary to the fears of many native-born Americans of the era, the so-called "new immigrants" of the late nineteenth and early twentieth century did not, in the end, undermine American culture and society. Indeed, by the time the quota system imposed in the 1920s reduced the "new immigration" to a trickle, it had begun to become clear that the "new immigrants" were acculturating to American society just as fully as their "old immigrant" predecessors. Czechs and Poles and Jews and Italians made just as good Americans as had Germans and Englishmen.

Immigrants pour across America's borders in unprecedented numbers. They settle in overcrowded, ethnically ghettoized urban communitieswhere the English language is rarely heard or spoken. They work in jobs offering brutal labor conditions and terribly low pay. Foreign-born radical activists stir up social and political discontent. Anxious native-born American citizens, reduced to a demographic minority within their own cities, clamor for government action to stop the immigrant influx. Their fears of the impact immigrants have on American society sometimes morph into ugly racial and ethnic resentments. Conflicts over immigration threaten to tear this self-proclaimed "nation of immigrants" asunder. And through it all, new immigrants continue to pour into the country, thousands of them arriving every single day.

If these sound like stories ripped straight from the headlines, they are. But they're not from foxnews.com or CNN. No, these are the headlines that dominated American newspapers in 1882, 1901, 1917, and 1924. For nearly fifty years, spanning the end of the nineteenth century and the beginning of the twentieth, the greatest wave of immigration in the history of the United States transformed American society and roiled American politics.